Libraries and Enlightenment: Eighteenth-Century Norway and the Outer World (Paperback) 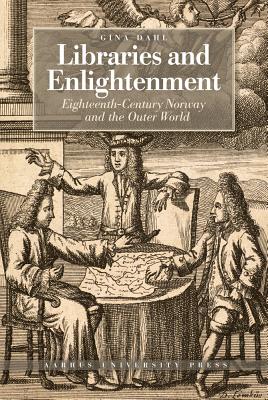 Libraries and Enlightenment: Eighteenth-Century Norway and the Outer World (Paperback)


Backordered, maybe unavailable. Email or call for more details.
During the Enlightenment, other peoples, and also their cultures, were much discussed, with debates often focusing on their value as human beings and the level of tolerance that they were to be granted. Books on 'outer worlds', classified in libraries as historia, were an integral part of these deliberations as they conveyed distinct perceptions of peoples and places to their readers. This book explores how the broader world was presented to a Norwegian audience by means of both statistical analysis of books on 'the other' in Enlightenment libraries and consideration of how peoples were portrayed in bestselling works. Intriguingly, book distribution was very uneven, and the views that the bestsellers promoted were as multifaceted as the Enlightenment itself, with the texts expressing both prejudice and admiration, depending on the identity of the author and thee very context in which they were written.