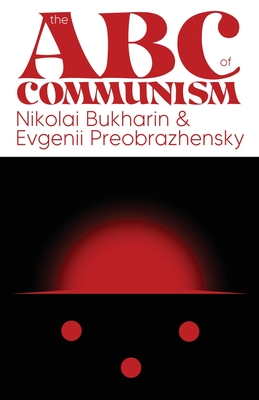 The ABC of Communism is a book written by Nikolai Bukharin and Evgenii Preobrazhensky in 1919, during the Russian Civil War. Originally written to convince the proletariat of Russia to support the Bolsheviks, it became "an elementary textbook of communist knowledge". It became the best known and most widely circulated of all pre-Stalinist expositions of Bolshevism and the most widely read political work in Soviet Russia.

Long out of print, and often only being available with the abridged first few chapters, this version includes completed new transcriptions of the last eight chapters along with the Programme of the Communist Party of Russia, a glossary, and a new word index. The ABC of Communism is written to be a systematic description of communism and the proletarian condition under capitalism, away from the reality of Soviet life, into a redirection towards a militant optimism on the horizon.

This book in the Radical Reprint series from Pattern Books is made to be accessible and as close to manufacturing cost as possible.