A Villainess for the Tyrant Vol. 1 (novel) (Paperback) 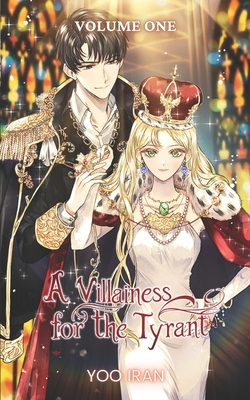 A Villainess for the Tyrant Vol. 1 (novel) (Paperback)


This book may be available, use the button below to request more information from our team.
Only the wicked may survive. For Princess Cecile, marriage has always been an inevitable. As the unloved illegitimate child of a neglectful king, she had hardened her heart to the fact that she would be sold off to the most convenient groom her father could find. However, when it soon becomes clear that her impending marriage would be to that of the notoriously sadistic Emperor Estian, she throws all caution to the wind. If she was to die by her husband's hand, she was going to go down fighting. Unexpectedly, however, she endures her wedding with her head intact and one night, the emperor even tells her the secret to surviving within the scheming walls of his palace: she must conquer him in infamy and forge a name even more fearsome than his own. Can Cecile become the villain her tyrant requires? Or will she succumb to the dangers of the empire?