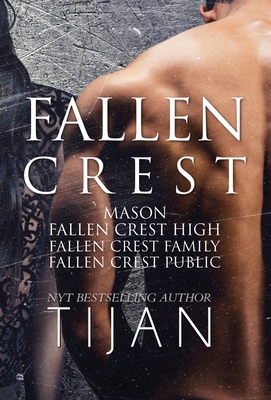 Mason Kade is not known to be nice. He is ruthless, manipulative, and unforgiving. Most will say that he is a jerk and he is to those that cross him or cross his loved ones. However, he does not want to be who he is. He does not enjoy hurting others, but there is no limit to the lengths he will go to protect himself and his brother. This is the story of how he came to be and this is why so many love Mason Kade.

This is a story of a destroyed family and the effects it had on a son.

Mason and Logan Kade are two brothers who did their own thing. They were rich and expected to attend Samantha's school, Fallen Crest Academy. They chose public school and now she has to live with them. The problem is that she doesn't care at all: about them, about her friends, about her cheating boyfriend, or even about her parent's divorce. But maybe that's a good thing. Maybe change is a good thing.

Samantha and Mason are together. Everyone knows it. Not everyone is dealing with it. While Mason's ready to give them the middle finger, there's one not going away. Her mother. Threats are issued. Ultimatums are given. Even blackmail is used, but only Samantha can put a stop to Analise. However, when a trauma from her past is triggered, she may not have the courage or strength to do what's needed. If she doesn't, Mason's future could be destroyed.

Sam's first day at Fallen Crest Public doesn't go well. Some girls want to be her. Some girls want to destroy her. And some just don't like her. All in all, despite being protected by Mason and Logan, it's still only the strong survive. Sam will not only have to survive, she needs to learn how to conquer too, but there's another battle growing. Things are about to come to a disastrous end between the towns, Roussou and Fallen Crest. Sam's other main dilemma? Keeping Mason and Logan from getting arrested or hospitalized.