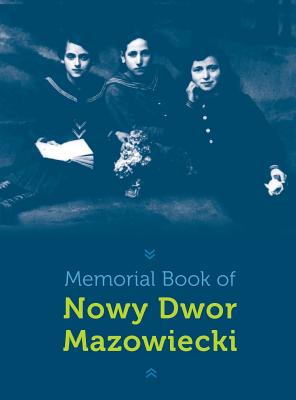 If you visit Nowy Dwor Mazowiecki, nothing remains of a vital community which was exterminated on December 12, 1942 with the liquidation of the ghetto by the Nazi occupiers. My father returned to Nowy Dwor for just one day after the war looking for family members. He wandered the streets and recognized no one until he met one of the town's two Jewish survivors of that final deportation. My father left knowing with certainty the awful, dire fate of his family members. Now few remain who knew.

The Nowy Dwor Mazowiecki Pinkus book recalls history and anecdotal evidence which fleshes out the factual skeleton of a town's history, stripped of its flesh by war and genocide, bleached by decades of fading memory. This Pinkus book tries to reconstitute Nowy Dwor's traditional record which each town and shetl maintained over generations. The book first bears witness to the development and growth of a small town sparked by economic innovations, new ideas, and possibilities; then it records the brutal demise and death of the Jewish citizenry of a town.