The Pipe Dreamers: A Novel of the Sixties (Paperback) 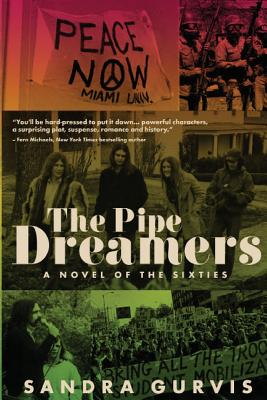 The Pipe Dreamers: A Novel of the Sixties (Paperback)

Like Kent State in the late 1960s, Hayes University was in a sleepy Ohio college town. Julia Brandon, an innocent sorority girl, was in for an awakening, both emotionally and physically. Trouble begins when she tries to bail her radical roommate out of jail and escalates as she becomes increasingly involved with the protest movement, which erupts in violence, death, and destruction. She falls irrevocably in love with handsome, carefree, soon-to-be drafted Win. Fifteen years later, trapped in an arid life, Julia catches a glimpse of a man whom she believes to be Win. She embarks upon a journey which leads her to the brink of devastation. Can she accept the truth about what happened so long ago without destroying herself and those she loves? Although it's been some 50 years since the apex of the Vietnam protests, this reissue of The Pipe Dreamers is more relevant now than ever. Given today's political, social and economic divisiveness, it serves as a reminder that, as the saying goes, those who fail to learn from history are doomed to repeat it.