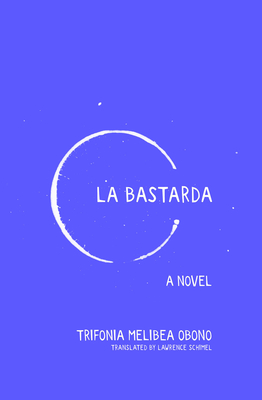 This book draws you in quickly to Equatorial Guinea and the Fang people. The story told by Obono is one of a classic queer coming-of-age, but it is so unlike anything I’ve ever read before. Fang culture deeply influences Okomo’s experience and the story at hand, which is why translated work is so cool and important to read.

A teenage orphan's quest of self-discovery in Equitorial Guinea, and a unique contribution to LGBTQ literature (Kirkus Reviews).

"Though I live a world away from Equatorial Guinea, I saw so much of myself in Okomo: a tomboy itching to be free and to escape society's rigged game. I cheered her on with every page, and wished--for myself and all girls--for the bravery to create our own world." --Maggie Thrash, author of Honor Girl

The first novel by an Equatorial Guinean woman to be translated into English, La Bastarda is the story of the orphaned teen Okomo, who lives under the watchful eye of her grandmother and dreams of finding her father. Forbidden from seeking him out, she enlists the help of other village outcasts: her gay uncle and a gang of "mysterious" girls reveling in their so-called indecency. Drawn into their illicit trysts, Okomo finds herself falling in love with their leader and rebelling against the rigid norms of Fang culture.

Trifonia Melibea Obono is a journalist and a professor at the National University of Equatorial Guinea. Currently, she is pursuing her doctorate in gender studies and human rights from the University of Salamanca, Spain. Lawrence Schimel is an award-winning author and anthologist, and has been internationally recognized for his queer anthologies, gay and lesbian erotica, and children's books. His writing has been translated into over twenty languages. He served as cochair of the Publishing Triangle, an organization of lesbians and gay men in the American publishing industry, for two years, and also served as the Regional Advisor of the Spain Chapter of the Society of Children's Book Writers and Illustrators for five years.