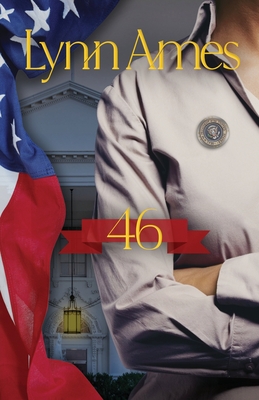 It's November 3, 2020, and Emma McMasters has just been elected the 46th president of the United States. She's facing a divided Congress and nation, allies that no longer trust America, enemies that have been emboldened, and the legacy of destruction left by the last administration. She must rebuild and reestablish trust in government, in the media, and in the electoral system, all the while carrying the mantle of first female president, and along with it, the hopes and dreams of millions of women and little girls who need her to prove that a woman can get the job done.

Palmer Estes has devoted her life and her career to the military, rising to become the highest-ranking female officer in the US Army. An enigmatic, battle-tested hero, she's the perfect choice to brief the new president on one last, urgent, highly sensitive mission before she retires.

Two strong women, both driven to serve the country they love, neither prepared for the sparks that fly between them.

Lynn Ames is the best-selling author of sixteen books. She also is the writer/director/producer of the history-making documentary, “Extra Innings: The Real Story Behind the Bright Lights of Summer.” This historically important documentary chronicles, for the first time ever in her own words, the real-life story of Hall-of-Famer Dot Wilkinson and the heyday of women’s softball. Lynn’s fiction has garnered her a multitude of awards and honors, including six Goldie awards, the coveted Ann Bannon Popular Fiction Award (for All That Lies Within), the Alice B. Medal for Lifetime Achievement, and the Arizona Book Award for Best Gay/Lesbian book. Lynn is a two-time Lambda Literary Award (Lammy) finalist, a Foreword INDIES Book of the Year Award finalist, a Writer’s Digest Self-Published Book Awards Honorable Mention winner, and winner of several Rainbow Reader Awards. All That Lies Within was additionally honored as one of the top ten lesbian books overall of 2013. Ms. Ames is the founder of Phoenix Rising Press. She is also a former press secretary to the New York state senate minority leader and spokesperson for the nation’s third-largest prison system. For more than half a decade, she was an award-winning broadcast journalist. She has been editor of a critically acclaimed national magazine and a nationally recognized speaker and public relations professional with a particular expertise in image, crisis communications planning, and crisis management. For additional information please visit her website at www.lynnames.com, or e-mail her at lynnames@lynnames.com. You can also friend Lynn on Facebook and follow her on Twitter, YouTube, and Instagram.