Distillation of Sound: Dub and the Creation of Culture (Paperback) 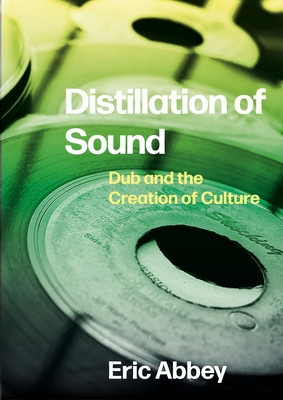 Distillation of Sound: Dub and the Creation of Culture (Paperback)

This book may be available, use the button below to request more information from our team.

Jamaican music has always been about creating with what is at hand. Taking what is around you and making it into something great is the key to dub and Jamaican culture. Dub music in Jamaica started in the early 1970s and by the end of the decade had influenced an entire population. The music began to use the rhythm track of a song as a song itself and spread quickly throughout the sound systems of the island. This book reflects on the importance of dub music and its influence on the music world with the rise and spread of dub in New York, England, and Japan. Eric Abbey discusses the separation between dub as a product and dub as an act of the engineer. Distillation of Sound focuses on the original music of Jamaica and how dub reggae expanded and shifted Jamaican culture. It will further the discussion on dub music, its importance to Jamaican culture, and its creative influence on the music world.
Eric Abbey is a professional musician and professor of literature at Oakland Community College in Michigan.
“In Distillation of Sound: Dub and the Creation of Culture, Eric Abbey provides a rich account of the beginnings of dub from the studios and streets of Jamaica, through its development with the advancement of recording technology, and its ‘distillation,’ or global adaptation, in London, New York, and Japan. . . . Distillation of Sound is well thought out and well researched. Abbey draws from established cultural and music theorists (e.g., Raymond Williams, Simon Frith); Jamaican music scholars (Marvin Sterling, Michael Veal); published interviews (with Erroll Thompson, Dennis Bovell); and his own interviews with producers (Lee ‘Scratch’ Perry, Adrian Sherwood, among others), sound system operators (Tony Myers), and Jamaican cultural and music scholars (Donna Hope, Sonjah Stanley Niaah). In short, Distillation of Sound serves as a reader’s guide to a genre that has been incredibly influential despite its relatively small following. Anyone interested in dub would do well to seek it out.”
— Popular Music and Society