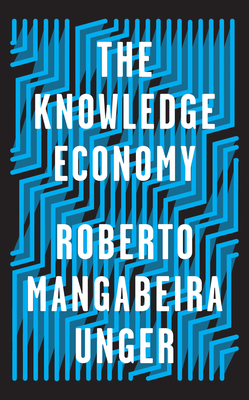 
This book may be available, use the button below to request more information from our team.
Revolutionary account of the transformative potential of the knowledge economy

Adam Smith and Karl Marx recognized that the best way to understand the economy is to study the most advanced practice of production. Today that practice is no longer conventional manufacturing: it is the radically innovative vanguard known as the knowledge economy. In every part of the production system it remains a fringe excluding the vast majority of workers and businesses. This book explores the hidden nature of the knowledge economy and its possible futures.

The confinement of the knowledge economy to these insular vanguards has become a driver of economic stagnation and inequality throughout the world. Traditional mass production has stopped working as a shortcut to economic growth. But the alternative—a deepened and socially inclusive form of the knowledge economy—continues to lie beyond reach in even the richest countries. The shape of contemporary politics on both the left and the right reflects a failure to come to terms with this dilemma and to overcome it.

Unger explains the knowledge economy in the truncated and confined form that it has today and proposes the way to a knowledge economy for the many: changes not just in economic institutions but also in education, culture, and politics. Just as Smith and Marx did in their time, he uses an understanding of the most advanced practice of production to rethink both economics and the economy as a whole.

Roberto Mangabeira Unger is one of the leading philosophers and social thinkers of the present. Verso has published much of his work, including False Necessity, Democracy Realized, The Left Alternative, and most recently The Religion of the Future.
“A restless visionary.”
—New York Times

“One of the few living philosophers whose thinking has the range of the great philosophers of the past.”
—Times Higher Education

“A philosophical mind out of the Third World turning the tables, to become a synoptist and seer of the First.”
—Perry Anderson

“The visionary program this new book sets out for universalizing the knowledge economy is not just a nice-to-have, but necessary. The Knowledge Economy is indispensable as a study of how to remedy the political polarization inequality has brought.”
—Martin Sandbu, Financial Times

“Unger’s work can offer progressives key resources for exposing the false necessity of the American liberal status quo and thinking constructively about a different progressive vision for the United States.”
—Daniel Steinmetz-Jenkins, The Nation