Tales from the Fraud Squad (Paperback) 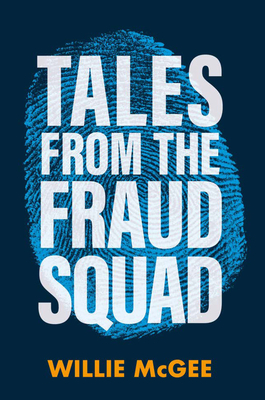 Tales from the Fraud Squad (Paperback)

Perhaps best known for his heroics on the football field, Mayoman Willie ‘Four-goals’ McGee spent decades as an officer in An Garda Síochána, rising through the ranks to become Head of the Fraud Squad.

Tales from the Fraud Squad takes readers on a journey from Willie’s childhood in Mayo to the streets of Dublin as a fresh-faced officer and his footballing days before introducing the colourful characters populating Ireland’s underworld in the 1980s and ’90s—the con artists and tricksters he encountered in the line of duty.

Packed full of stories of elaborate forgeries, insurance scams, and intriguing, inventive crimes, along with the meticulous attention to detail with which officers amassed evidence and brought the perpetrators to court, Willie tells his story with an open-hearted charm and warmth.

Willie McGee first made national headlines in 1967, scoring four goals in an All-Ireland under 21 football final for Mayo. He went on to play for the Mayo senior team for many years; he was awarded the Garda Sports award in 2014, and the Western People Hall of Fame award in 2017. Well known both inside and outside the Garda force for his involvement in fraud investigation, McGee was then recruited by AXA Insurance to help set up a special investigation unit in their fight again fraud in their industry, the first of its kind in Ireland.