Hope In The Sky: The Hunt for Who I Have Not Yet Become (Paperback) 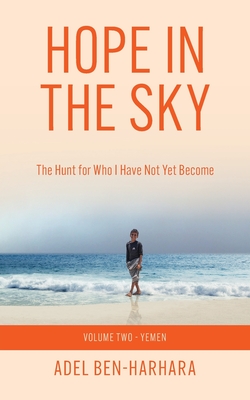 Hope In The Sky: The Hunt for Who I Have Not Yet Become (Paperback)

What happened to one of the oldest nations on Earth, the cradle of Arabian civilization, the home of the Biblical Queen of Sheba, consort of King Solomon? Yemen, with ties to the Semitic lands to its north and to the cultures of the Horn of Africa across the Red Sea, is frozen in time and still practicing medieval traditions. Illiteracy and constant tribal conflicts serve as catalysts in suppressing development and modernization, keeping the country and surrounding areas suspicious and threatening.

Hope in the Sky, Volume 2 of a three-volume autobiography, speaks about millions of Yemen's Muwalladin (foreign-born Yemenis) struggling for equal rights and citizenship. One young man spent a dozen years in Yemen, where he suffered from prejudice, discrimination, and the effects of civil war. He endured harsh treatment because he wore dark skin, was born in East Africa and was unable to assimilate into an underdeveloped society living according to primitive cultural traditions.

He stood strong and managed to depart his ancestors' country, not because he was tough but because he had no choice.

Care to uncover the inner circle of Yemeni lives through the struggles of a sixteen-year boy who immigrated to his ancestors' land? Read on.

Adel Ben-Harhara is a certified Professional Project Manager. He holds a master's degree in Business Administration (MBA) and an undergraduate degree in technology/engineering. Over the past 30 years, he has worked in multiple industries including high tech, health care, engineering, oil and gas, and international aid. He has also taught management courses at a local college.

A proud father of two daughters, Adel has run over twenty marathons and, as an avid hiker, has conquered countless mountain peaks worldwide including Mount Kilimanjaro.