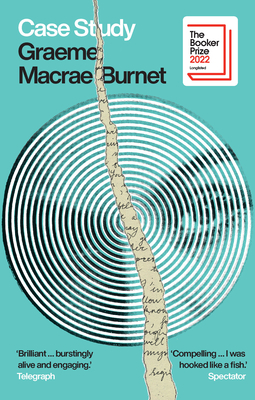 “Such a great, satisfying, smart read. This has it all: a psychological drama between therapist and client; swinging ‘60s London; a writer fully enjoying the storytelling; sharply observed moments of family. One of my favorites of 2022.”
— Toby Cox, Three Lives & Co., New York, NY

The Booker-shortlisted author of His Bloody Project blurs the lines between patient and therapist, fiction and documentation, and reality and dark imagination.

London, 1965. 'I have decided to write down everything that happens, because I feel, I suppose, I may be putting myself in danger, ' writes an anonymous patient, a young woman investigating her sister's suicide. In the guise of a dynamic and troubled alter-ego named Rebecca Smyth, she makes an appointment with the notorious and roughly charismatic psychotherapist Collins Braithwaite, whom she believes is responsible for her sister's death. But in this world of beguilement and bamboozlement, neither she nor we can be certain of anything.

Case Study is a novel as slippery as it is riveting, as playful as it is sinister, a meditation on truth, sanity, and the instability of identity by one of the most inventive novelists of our time.

Graeme Macrae Burnet is one of the UK's leading contemporary novelists. His novels, which include the Booker Prize-shortlisted His Bloody Project, have been translated into more than twenty languages. He lives and works in Glasgow.