The Swami Who Rocked the Worlds (Hardcover) 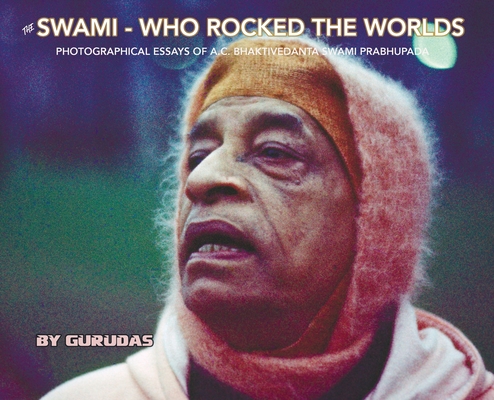 The Swami Who Rocked the Worlds (Hardcover)

Gurudas was the first official photographer for the new Hare Krishna movement.

This book shows the building of a movement from the very beginning stages with intimate photos of the Swami with his disciples, and children.

As we evolve we meet, befriend and record with he Beatles, all recorded in the book.

* Voted number 1 by Amazon in the new Photo Journal Release

THE SWAMI WHO ROCKED THE WORLDS

to build the Hare Krishna movement

* Many Intimate photos with the Swami on morning walks

Holding court with Kings, Religious leaders and his disciples

* Initiations of Vishnujana Yamuna Devi and others

*Text and conversation with Allen Ginsburg

* The first Harinams in San Francisco

* Meeting and living with the Beatles