After the End of History: Conversations with Francis Fukuyama (Hardcover) 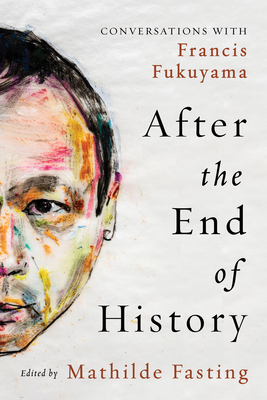 After the End of History: Conversations with Francis Fukuyama (Hardcover)

A series of in-depth interviews between Francis Fukuyama and editor Mathilde Fasting, After the End of History grants unprecedented access to one of the greatest political minds of our time. Drawing on his work on identity, biotechnology, and political order, Fukuyama provides essential insight into the threats our world faces today.

Mathilde Fasting is a project manager and fellow at Civita, one of Norway's most influential think tanks, where she regularly hosts its weekly podcast. Her published works include Freedom of Choice, The Citizen and the Community, and Torkel Aschehoug and Norwegian Historical Economic Thought: Reconsidering a Forgotten Norwegian Pioneer Economist. Fasting earned her MA in economics from the Norwegian School of Economics, her BA and MA in the history of ideas from the University of Oslo, and her PhD in the economic history of ideas from the University of Erfurt.Francis Fukuyama is the Olivier Nomellini Senior Fellow at the Freeman Spogli Institute for International Studies (FSI), the director of the Ford Dorsey Master's in International Policy, and the Mosbacher Director of FSI's Center on Democracy, Development, and the Rule of Law at Stanford University. He has written widely on issues related to democratization and international political economy, including his seminal work The End of History and the Last Man. His most recent book is Identity: The Demand for Dignity and the Politics of Resentment.