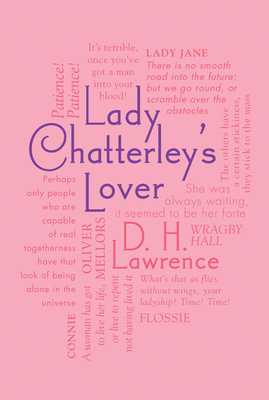 
This book may be available, use the button below to request more information from our team.
From banned to best seller!

Lady Chatterly’s Lover will surely pique the interest and curiosity of the most discerning of readers.

About the Word Cloud Classics series:

Classic works of literature with a clean, modern aesthetic! Perfect for both old and new literature fans, the Word Cloud Classics series from Canterbury Classics provides a chic and inexpensive introduction to timeless tales. With a higher production value, including heat burnished covers and foil stamping, these eye-catching, easy-to-hold editions are the perfect gift for students and fans of literature everywhere.
D. H. Lawrence (September 11, 1885 – March 2, 1930) was an English novelist, poet, playwright, essayist, literary critic, and painter.