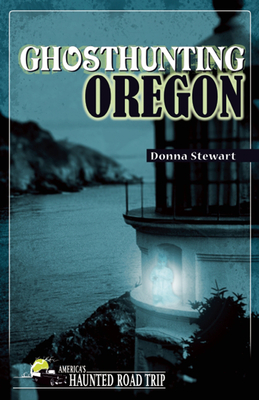 As part of the America's Haunted Road Trip series, Ghosthunting Oregon takes readers along on a guided tour of some of the Beaver State's most haunted historic locations. Local author Donna Stewart researched each location thoroughly before visiting, digging up clues for the paranormal aspect of each site. Stewart takes readers to some of the spookiest haunts across the state, including Oaks Park in Portland, where visitors have reported a ghostly apparition of a child in a 1920s or 1930s style dress; the O'Kane Building in central Oregon, where people have reported seeing ghostly smoke and strange lights; and Pioneer Park in Pendleton, where some have reported apparitions and hearing voices. With a copy of Ghosthunting Oregon in hand, readers can visit some of the spookiest haunts across the state and compare their experiences.

Donna Stewart is a paranormal researcher, radio host, writer, and founder of the Oregon 501(c)3 nonprofit Southern Oregon Project Hope. With a lifelong interest in the paranormal, she has devoted more than 30 years to research, mentoring new investigators, and cofounding the highly regarded paranormal research team Paranormal Studies and Investigations (PSI) of Oregon. She also hosts the long-running BlogTalkRadio show PSI-FI Radio. She is a native Oregonian and has called Coos Bay her home for most of her life.