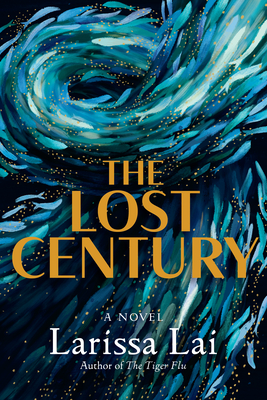 On the eve of the return of the British Crown Colony of Hong Kong to China in 1997, young Ophelia asks her peculiar great-aunt Violet about the Japanese occupation of Hong Kong during World War II and the disappearance of her uncle Theo. From Violet, she learns the story of her grandmother, Emily.

Emily's marriage--three times--to her father's mortal enemy causes a stir among three very different Hong Kong Chinese families, as well as among the young cricketers at the Hong Kong Cricket Club, who've just witnessed King Edward VIII's abdication to marry Wallis Simpson. But the class and race pettiness of the scandal around Emily's marriage is violently disrupted by the Japanese Imperial Army's invasion of Hong Kong on Christmas Day, 1941, which plunges the colony into a landscape of violence none of its inhabitants escape from unscathed, least of all Emily. When her situation becomes dire, Violet, along with a crew of unlikely cosmopolitans determines to rescue Emily from the wrath of the person she thought loved her the most, her husband, Tak-Wing. In the middle of it all, a strange match of timeless Test cricket unfolds, in which the ball has an agency all its own.

With great heart, The Lost Century explores the intersections of Asian relations, queer Asian history, underground resistance, the violence of war, and the rise of modern China― a sprawling novel of betrayal, epic violence and intimate passions.

Larissa Lai is the author of The Tiger Flu, Salt Fish Girl, and Iron Goddess of Mercy. Recipient of Lambda Literary's Jim Duggins Outstanding Mid-Career Novelist Prize, a Lambda Literary Award, and the Astraea Award, Larissa holds a Canada Research Chair at the University of Calgary where she directs The Insurgent Architects' House for Creative Writing.