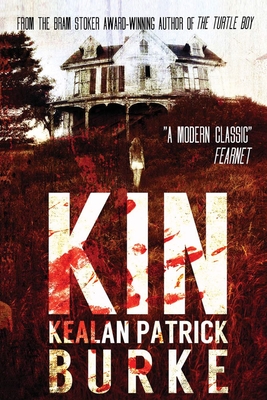 A new novel by the Bram Stoker Award-winning author of THE TURTLE BOY.
On a scorching hot summer day in Elkwood, Alabama, Claire Lambert staggers naked, wounded, and half-blind away from the scene of an atrocity. She is the sole survivor of a nightmare that claimed her friends, and even as she prays for rescue, the killers -- a family of cannibalistic lunatics -- are closing in.
A soldier suffering from post-traumatic stress disorder returns from Iraq to the news that his brother is among the murdered in Elkwood.
In snowbound Detroit, a waitress trapped in an abusive relationship gets an unexpected visit that will lead to bloodshed and send her back on the road to a past she has spent years trying to outrun.
And Claire, the only survivor of the Elkwood Massacre, haunted by her dead friends, dreams of vengeance... a dream which will be realized as grief and rage turn good people into cold-blooded murderers and force alliances among strangers.
It's time to return to Elkwood.
In the spirit of such iconic horror classics as The Texas Chainsaw Massacre and Deliverance, Kin begins at the end and studies the possible aftermath for the survivors of such traumas upon their return to the real world -- the guilt, the grief, the thirst for revenge -- and sets them on an unthinkable journey... back into the heart of darkness.

Born and raised in Dungarvan, Ireland, Kealan Patrick Burke is the Bram Stoker Award-winning author of five novels (Master of the Moors, Currency of Souls, Kin, The Living, and Nemesis: The Death of Timmy Quinn), over a hundred short stories, three collections (Ravenous Ghosts, The Number 121 to Pennsylvania & Others, and Theater Macabre), and editor of four acclaimed anthologies (Taverns of the Dead, Quietly Now: A Tribute to Charles L. Grant, Brimstone Turnpike, and Tales from the Gorezone, proceeds from which were donated to children's charity PROTECT.) Kealan has worked as a waiter, a drama teacher, a mapmaker, a security guard, an assembly-line worker at Apple Computers, a salesman (for a day), a bartender, landscape gardener, vocalist in a grunge band, and, most recently, a fraud investigator. He also played the male lead in Slime City Massacre, director Gregory Lamberson's sequel to his cult B-movie classic Slime City, alongside scream queens Debbie Rochon and Brooke Lewis. When not writing, Kealan designs covers for print and digital books through his company Elderlemon Design. To date he has designed covers for books by Richard Laymon, Brian Keene, Scott Nicholson, Bentley Little, William Schoell, and Hugh Howey, to name a few. In what little free time remains, Kealan is a voracious reader, movie buff, videogamer (Xbox), and road-trip enthusiast. You can find him on the web at www.kealanpatrickburke.com