An Anthropology of Marxism (Paperback) 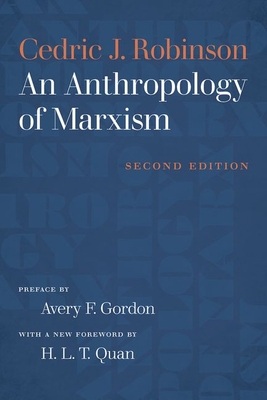 An Anthropology of Marxism (Paperback)


Not Currently On Our Shelves. Usually Ships in 1-5 Days
An Anthropology of Marxism offers Cedric Robinson's analysis of the history of communalism that has been claimed by Marx and Marxists. Suggesting that the socialist ideal was embedded both in Western and non-Western civilizations and cultures long before the opening of the modern era and did not begin with or depend on the existence of capitalism, Robinson interrogates the social, cultural, institutional, and historical materials that were the seedbeds for communal modes of living and reimagining society. Ultimately, it pushes back against Marx's vision of a better society as rooted in a Eurocentric society, and cut off from its own precursors. Accompanied by a new foreword by H.L.T. Quan and a preface by Avery Gordon, this invaluable text reimagines the communal ideal from a broader perspective that transcends modernity, industrialization, and capitalism.
Cedric J. Robinson (1940-2016) was professor of black studies and political science at the University of California, Santa Barbara. His books include Black Marxism, Forgeries of Memory and Meaning, and An Anthropology of Marxism. H. L. T. Quan is associate professor of justice and social inquiry at Arizona State University. Avery F. Gordon is professor of sociology at the University of California, Santa Barbara