Before We Fall (Beautifully Broken #3) (Paperback) 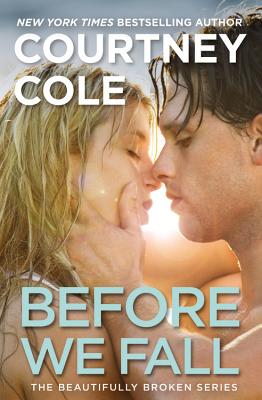 Before We Fall (Beautifully Broken #3) (Paperback)

This is book number 3 in the Beautifully Broken series.

One dark moment was all it took to turn twenty-four-year-old Dominic Kinkaide's world black. On the night of his high school graduation, a single incident changed him forever, and he became a hardened man-famous in the eyes of the world, but tortured inside. Now all he cares about is losing himself in the roles that he plays.

At twenty-three years old, Jacey Vincent doesn't realize how much her father's indifference has affected her. She is proof that sometimes it isn't one specific moment that wrecks a person, but an absence of moments. She tries to find acceptance in the arms of men to fill the void-a plan that has worked just fine for her, until she meets Dominic.

When jaded Dominic and strong-willed Jacey are thrown together, the combination of his secrets and her issues turns their attraction into the perfect storm. It could change their lives for good-if it doesn't tear them both apart . . .
Courtney Cole is a New York Times and USA Today bestselling author who lives near Lake Michigan with her family. She's always working on her next project . . . or staring dreamily out her office window.

You can learn more at:
courtneycolewrites.com
Twitter @Court_Writes
Facebook.com/pages/Courtney-Cole-Author/172246529496995
"In If You Leave, we continue the wild ride Courtney Cole started us on in If You Stay. This raw story of heartbreak and hope solidifies Cole's standing as a rising star in hot contemporary romance."—New York Times bestselling author of Down to You, M. Leighton