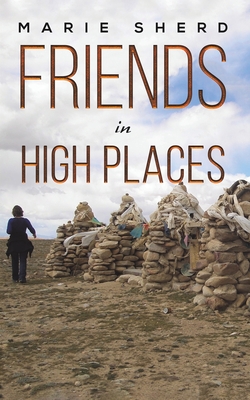 
Not Currently On Our Shelves. Usually Ships in 1-5 Days
Tess Tynan is travelling in Tibet, the highest plateau on earth, when the Land Cruiser she is travelling in leaves the road and plunges into an inaccessible gorge as she is flung out. Regaining consciousness in a hermitage built into the cliff face, Tess finds herself in the care of a kind and compassionate Tibetan Buddhist monk. When she thinks she's well enough to leave, she discovers that the path out is blocked and won't be reopened for three months while the monk is in retreat.
Tess has to grapple with this confronting predicament. She knows that her family and friends back home will think she's dead. She eventually has to face an unpredictable journey back to Lhasa as a foreigner without papers in Chinese occupied Tibet. A pre-arranged meeting with the intriguing Dorje awaits. Can he arrange a safe passage for her out of Tibet?