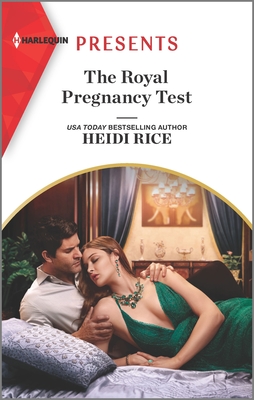 Carrying his Majesty's heir...
Is she or isn't she?

Princess Juno won't stand by and let her twin sister be forced into a loveless marriage with King Leonardo of Severene. Juno switches places with her for Christmas, intent on ruining the match. A night of electrifying pleasure with the playboy King wasn't part of the plan

Leo has never felt such searing attraction, least of all for his duty-bound fianc e. It's clear why, when her true identity is revealed But Juno's princess swap is going to have shocking consequences, when they realize they need a royal pregnancy test...

From Harlequin Presents: Escape to exotic locations where passion knows no bounds.