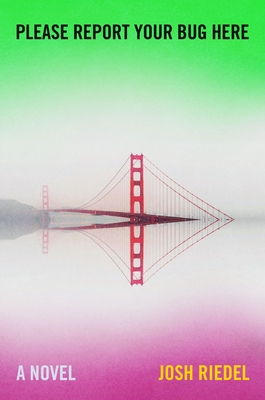 “An unexpected, inventive, heartfelt riff on the workplace novel—startup realism with a multiverse twist.” —Anna Wiener, author of Uncanny Valley

Once you sign an NDA it's good for life. Meaning legally, I shouldn't tell you this story. But I have to.

A college grad with the six-figure debt to prove it, Ethan Block views San Francisco as the place to be. Yet his job at hot new dating app DateDate is a far cry from what he envisioned. Instead of making the world a better place, he reviews flagged photo queues, overworked and stressed out. But that's about to change.

Reeling from a breakup, Ethan decides to view his algorithmically matched soulmate on DateDate. He overrides the system and clicks on the profile. Then, he disappears. One minute, he’s in a windowless office, and the next, he’s in a field of endless grass, gasping for air. When Ethan snaps back to DateDate HQ, he’s convinced a coding issue caused the blip. Except for anyone to believe him, he’ll need evidence. As Ethan embarks on a wild goose chase, moving from dingy startup think tanks to Silicon Valley’s dominant tech conglomerate, it becomes clear that there’s more to DateDate than meets the eye. With the stakes rising, and a new world at risk, Ethan must choose who—and what—he believes in.

Adventurous and hypertimely, Please Report Your Bug Here is an inventive millennial coming-of-age story, a dark exploration of the corruption now synonymous with Big Tech, and, above all, a testament to the power of human connection in our digital era.

Josh Riedel was the first employee at Instagram, where he worked for several years before earning his MFA from the University of Arizona. His short stories have appeared in One Story, Passages North, and Sycamore Review. Please Report Your Bug Here is his first novel. He lives in San Francisco, California.

"Please Report Your Bug Here is a gripping literary thriller that forces us to confront our complicity in the technologies reshaping human connections, and it asks how far we will go to maintain those connections. Dark, funny, and highly inventive, Riedel’s debut is as addictive as the apps it criticizes."
—Vulture

"This novel is a series of mysteries, played out in a well-paced narrative filled with frenetic energy. Riedel succeeds at capturing the intrapersonal dramas of a startup. . . . The novel has an alluring quality that keeps you turning pages."
—Chicago Review of Books

"A smart exposé of the tech boom imbued with a touch of weird fantastical elements . . . Riedel makes the most of his removed narrator, who has enough distance from the events to offer sharp insights on gentrification, workplace ennui, and the uncanny ways that tech has blurred his sense of reality . . . It's impressive how much Riedel packs into this."
—Publishers Weekly

"Riedel’s bio states that he was the first employee at Instagram and now holds an MFA, which explains his exquisite technical rendering of startup/app culture as well as his deeply romantic portrayal of contemporary San Francisco. The book is a great addition to the growing canon of literature examining the role and reach of Silicon Valley."
—Booklist

“Josh Riedel's inventive debut launches readers into a world of tech startups and media apps while also tackling art and reality and the possibility of portals to alternative worlds.”
—Shelf Awareness

“Please Report Your Bug Here is a Silicon Valley gumshoe story that’s also a meditation on authenticity and connection in a world ever more mediated by technology. In this riveting and surreal debut, Josh Riedel explores the labyrinthine mysteries of Big Tech and of the human heart.”
—Helen Phillips, author of The Need

“Please Report Your Bug Here is disarming and inspired, unafraid of big questions and deep longings. Josh Riedel writes the topics of early adulthood—the search for meaning chief among them—with humor, heart, and vivid, lived-in precision. This is a book about technology that reminds me that writing is tech, too, and that, behind all technology, there are humans, only wanting to connect.”
—Rachel Khong, author of Goodbye, Vitamin

“Like the electric-sheep dream of an Instagram bot, Please Report Your Bug Here is a vividly hyperspecific technotopian fantasy, portal-warping the reader to a parallel universe San Francisco eerily similar to the San Francisco IRL.”
—Matthew Baker, author of Why Visit America and Hybrid Creatures

“Compelling, assured, and brimming with incisive observations, Josh Riedel’s debut manages to explore so many of the major features and bugs of our contemporary existence—technology, art, capitalism, loneliness, the desire and search for connection—within a truly propulsive and highly imaginative page-turner. Reading Please Report Your Bug Here is an exhilarating and unsettling trip that, upon return, made me more awake to this world around us.”
—Alexandra Chang, author of Days of Distraction