Western Stars: Song of the West and The Law is a Lady: A 2-in-1 Collection (Mass Market) 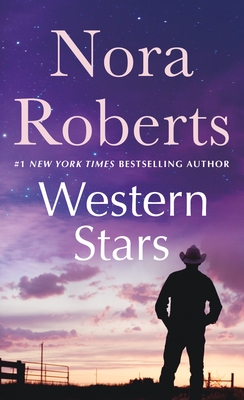 Western Stars: Song of the West and The Law is a Lady: A 2-in-1 Collection (Mass Market)

Song of the West

Philadelphian Samantha Evans is content with the life she made for herself after competing as an Olympic gymnast. So she has some hesitation about giving up the city for the wilds of Wyoming ranch country to help out her pregnant twin sister. It isn’t long before the beautiful mountains and natural landscape cast a spell over Sam’s spirit, tempting her to stay. But even more tempting is Jake Tanner, a handsome but infuriating cowboy who 's determined to win her heart.

The Law is a Lady

Friendly, New Mexico is the perfect setting for director Phillip Kincaid to film his latest blockbuster. But the small town hospitality he expected turns downright hostile when he finds himself behind bars for speeding—arrested by the sexiest police officer to ever slap a pair of handcuffs on him. Now, Phillip wants nothing more than to show Sheriff Victoria “Tory” Ashton how an outlaw can bring pleasurable disorder to her life.

NORA ROBERTS is the #1 New York Times bestselling author of more than 200 novels, including Legacy, The Awakening, Hideaway, Under Currents, The Chronicles of the One trilogy, and many more. She is also the author of the bestselling In Death series written under the pen name J.D. Robb. There are more than 500 million copies of her books in print.