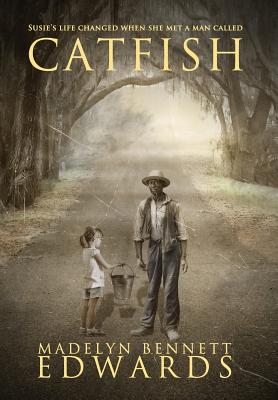 In Catfish, Susie Burton, a headstrong young white girl born to a prominent local family, narrates her journey from complacent daughter to rebellious, questioning teen. From the keen vantage of the current day, forty-five years after the events of this novel, Susie tells of her discovery that her own family--enshrined within the walls of an affluent antebellum home, to all appearances an ideal Southern clan--was not at all what it seemed. Though this knowledge could have easily destroyed her, she was buoyed by the love and loyalty of a local black family whose patriarch is the novel's namesake: Catfish.

It's the 1960s and early 70s in small-town South Louisiana. Susanna Burton, finds acceptance and forbidden love with an African American family and a young black man named Rodney Thibault. Rodney provides the tenderness and warmth Susie has never known in an era when anti-miscegenation is the law of the land. Even after the Supreme Court strikes down such discrimination, the Ku Klux Klan, other white supremacists, and Susie's parents stand in the way of love. Forced to go their separate ways and live several states apart for years on end, Susie and Rodney continually find their way back together.

At the heart of the novel, giving Susie and Rodney the strength to overcome the harshness of their world, and telling Susie stories of his family's escape from slavery and oppression, is Catfish, patriarch of the Black family that accepts Susie more fully than her own blood.

A masterful storyteller, Catfish's tales of the past, including slavery and post civil war life among Black Americans, take root in Susie, weaving into her dawning consciousness the terror, cruelty, and surprising richness Southern Plantation life. Through Susie's relationship with Catfish and his extended family, especially Rodney, the young black man who becomes Susie's first love, Susie and her young friends learn to take charge of their destinies.

Like The Help, with its historical setting and trenchant exploration of the divide of race and social class, Catfish will leave readers questioning how much has really changed in the South over the last four decades.