I See A New America: It Ain't The One I Used To Know (Hardcover) 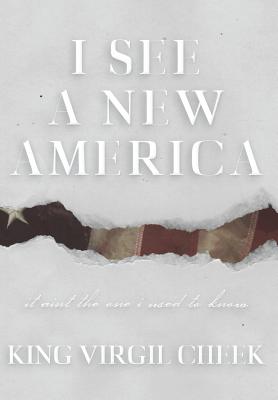 I See A New America: It Ain't The One I Used To Know (Hardcover)

This is the story of Royal Finley, born into the tumultuous segregated south, a time that genuinely shaped and molded a person beyond today's norms.

These times were of light and dark, as all before, whomever it laid its weight on. However, at this particular time, the subject of ethnicity played on the psyche of most Americans, no matter their background. The laws and practices put into place that intended to divide were reminders that something in the world was not quite right, no matter who you were.

At a very early age, Royal placed himself on a journey of divine destiny, determined to discover what was both wrong and right in this world, while upholding his roots and the community that raised him. More so, the deeper meaning, and origins of Love and all its whirling, encompassing forces.

Believing that freedom could not be given to him by acts of men through the passage of laws, he resolved to find freedom in his inner spirit. This path brought him face to face with many unique trials, yet many extraordinary joys.
Learning from each moment while striving to become understood, to himself, and to understand others. This thrust into the realms of growth, at the highest possibility, bringing him to his own hell and back, ultimately helped him understand the true meaning of love; family, friendship, and relationships.