Making Sense of Tourism: 1.1 On the Move (Paperback) 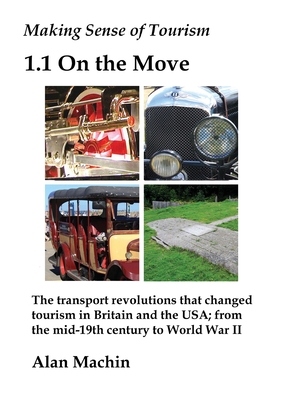 Making Sense of Tourism: 1.1 On the Move (Paperback)

On the Move takes a radically new look at how transport in one of the World's greatest activities developed. It is book #2 in the Making Sense of Tourism series, following the well-received opening worktourism; transport, The Beckoning Horizon. Detailed accounts of the modes of tourist transport are given with a wealth of supporting information. The illustrations, in the style that made Beckoning Horizon distinctive, are prominent again. The book has an extensive bibliography and detailed index. As usual with this author, the style is immensely readable while carrying the authority of his many years of industrial and academic experience.

It will form another well-used book for the general reader, tourism professional, teacher and academic.