Where the River Bends (Paperback) 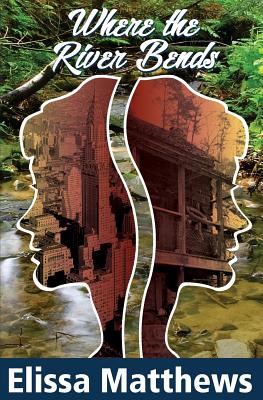 Where the River Bends (Paperback)


Not Currently On Our Shelves. Usually Ships in 1-5 Days
"... a forceful story about racial identity" (Kirkus Reviews)

"The plot takes some interesting and surprising turns... I was quickly captured by the story and found myself eagerly turning the pages to see where it would lead." (Amazon Customer Review)

Where the River Bends: In a turbulent and decisive period of American history, a mother and son fight to save themselves -- and each other -- from the destruction that sex, power and racism can cause.

On a rainy day in November 1931, two years after the crash of the New York Stock Exchange, Celeste Vandenholm's husband drives his car over a cliff and ends up in a coma. Celeste is left with a teenage son, an autistic daughter, a Park Avenue lifestyle and a negative bank balance. She struggles to hold her family together, but one setback after another sends her life spiraling out of control. But Celeste has a secret...

Until the night of his father's car crash, David Vandenholm's life is charmed and his future golden. As his family's finances plummet, he struggles to care for his sister, help support his mother, and maintain his sense of self in an increasingly hostile environment. When David discovers his mother's secret, he reacts with anger and blind emotion, triggering a deadly confrontation that claims victims in more ways than one.

Elissa Matthews was born and raised in New Jersey, close enough to visit New York City and watch the turmoil of Civil Rights, Women's Rights, and anti-war demonstrations first hand, then return to the quiet of the country to absorb and understand. She is the author of several short stories, all of them dealing, in one way or another, with our lies, our masks, and the issues we need courage to face. She has visited almost every state in the USA and more than 30 countries around the globe, but still lives 12 miles down the road from where she grew up. Where the River Bends is her first novel.