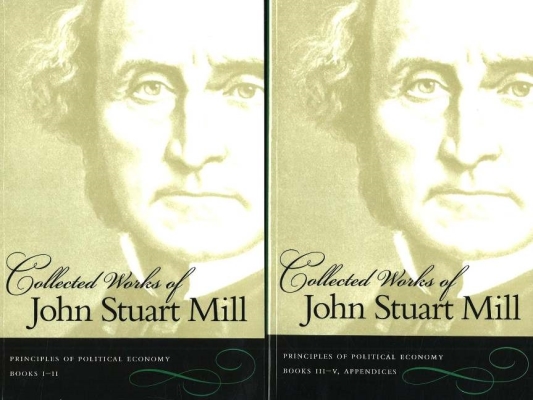 Liberty Fund is pleased to make available in paperback eight of the original thirty-three cloth volumes of the Collected Works of John Stuart Mill that were first published by the University of Toronto Press that remain most relevant to liberty and responsibility in the twenty-first century. Born in London in 1806 and educated at the knee of his father, the Scottish philosopher James Mill, John Stuart Mill became one of the nineteenth century's most influential writers on economics and social philosophy.

Principles of Political Economy is a compendium of economic theory ranging from Adam Smith through the then-modern theories of David Ricardo and Bentham. Principles was the leading economics textbook for nearly half a century and influenced generations of social and economic thinkers.

John Stuart Mill (1806-1873) was an economist, philosopher, Member of Parliament, and one of the most significant English classical liberals of the nineteenth century. Mill spent most of his working life with the East India Company, which he joined at age sixteen and worked for for thirty-eight years. He is also the author of On Liberty (1859), Utilitarianism (1861), and The Subjection of Women (1869).