Vertigo: The Temptation of Identity (Paperback) 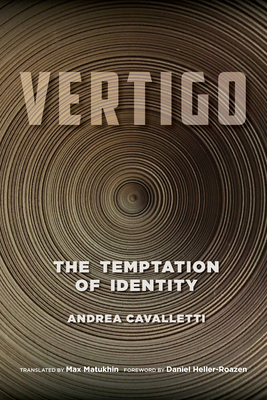 Vertigo: The Temptation of Identity (Paperback)

Reading philosophy through the lens of Alfred Hitchcock's Vertigo, Andrea Cavalletti shows why, for two centuries, major philosophers have come to think of vertigo as intrinsically part of philosophy itself.

Fear of the void, terror of heights: everyone knows what acrophobia is, and many suffer from it. Before Freud, the so-called "sciences of the mind" reserved a place of honor for vertigo in the domain of mental pathologies. The fear of falling--which is also the fear of giving in to the temptation to let oneself fall--has long been understood as a destabilizing yet intoxicating element without which consciousness itself was inconceivable. Some went so far as to induce it in patients through frightening rotational therapies. In a less cruel but no less radical way, vertigo also staked its claim in philosophy. If Montaigne and Pascal could still consider it a perturbation of reason and a trick of the imagination which had to be subdued, subsequent thinkers stopped considering it an occasional imaginative instability to be overcome. It came, rather, to be seen as intrinsic to reason, such that identity manifests itself as tottering, kinetic, opaque and, indeed, vertiginous. Andrea Cavalletti's stunning book sets this critique of stable consciousness beside one of Hitchcock's most famous thrillers, a drama of identity and its abysses. Hitchcock's brilliant combination of a dolly and a zoom to recreate the effect of falling describes that double movement of "pushing away and bringing closer" which is the habitual condition of the subject and of intersubjectivity. To reach myself, I must see myself from the bottom of the abyss, with the eyes of another. Only then does my "here" flee down there and, from there, attract me. From classical medicine and from the role of imagination in our biopolitical world to the very heart of philosophy, from Hollywood to Heidegger's "being-toward-death," Cavalletti brings out the vertiginous nature of identity.
Andrea Cavalletti (Author) Andrea Cavalletti teaches philosophy at the University of Verona. He is the author of five books in Italian, translated into several languages, including, in English, Class (Seaugull Books, 2019). Daniel Heller-Roazen (Foreword By) Daniel Heller-Roazen is Arthur W. Marks '19 Professor of Comparative Literature and the Council of the Humanities at Princeton University. His books include Absentees: On Variously Missing Persons (2021) and The Inner Touch: Archaeology of a Sensation (2007, winner, Aldo and Jeanne Scaglione Prize for Comparative Literary Studies). Max Matukhin (Translator) Max Matukhin is a doctoral student in comparative literature at Princeton University.