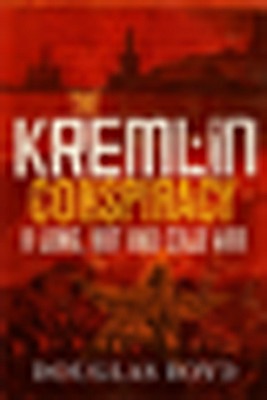 Although the Cold War conventionally ended with the fall of the Berlin Wall in 1989, there is renewed interest and concern in the West about our relations with a resurgent Russia. Arguably the Cold War was just one manifestation of an ages-old geopolitical conflict between Russia and other world powers. Russian-speaking Kremlin-watcher Douglas Boyd starts by tracing Russia’s growth through centuries of hot wars of conquest that expanded the tiny principality of Muscovy to an empire straddling Europe and Asia. Its expansionism was evident throughout the last century, often conducted by proxy during the Cold War. With enormous reserves of energy and natural resources on which other nations are increasingly reliant, Putin’s Russia is once again flexing its muscles.

Douglas Boyd was employed on the NATO front line in the divided city of Berlin as an RAF Russian linguist. Having also visited East Berlin many times, he achieved the ultimate East German experience of solitary confinement in a Stasi prison after being caught on the wrong side of the border. On return to Britain, he was employed for several years as a Russian specialist by the Rank Organization before leaving to head the BBC Eurovision office, where he liased with Intervision, representing the national broadcasting organizations in eastern Europe. In subsequent years as a BBC television producer, he produced and directed several co-productions with Eastern European state broadcasting organizations.