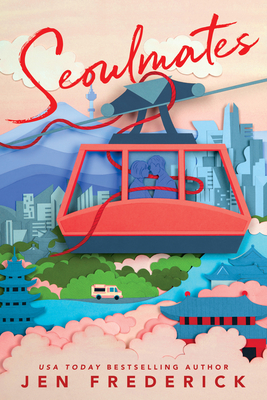 
Not Currently On Our Shelves. Usually Ships in 1-5 Days
A Korean-American adoptee fights to be with the one she loves while coming to terms with her new identity in this enthralling romantic drama and sequel to Heart and Seoul by USA Today bestselling author Jen Frederick.

When Hara Wilson lands in Seoul to find her birth mother, she doesn’t plan on falling in love with the first man she lays eyes on, but Choi Yujun is irresistible. If his broad shoulders and dimples weren’t
enough, Choi Yujun is the most genuine, decent, gorgeous guy to exist. Too bad he’s also her stepbrother.

Fate brought her to the Choi doorstep but the gift of family comes with burdens. A job in her mother’s company has perks of endless company dinners and super resentful coworkers. A new country means
learning a new language which twenty-five year old Hara is finding to be a Herculean task. A forbidden love means having to choose between her birth family or Choi Yujun.

All Hara wanted was to find a place to belong in this world—but in order to have it all, she’ll have to risk it all.
Jen Frederick is a Korean adoptee living in the Midwest with her husband, daughter, and rambunctious dog. Under the psuedonym Erin Watt, Frederick has co-written two #1 New York Times bestselling novels.
"Frederick delivers a poignant, insightful tale about interracial adoption and finding one’s roots in her second story about Iowa-raised Korean adoptee Hara Wilson..Frederick’s skillful plotting and deeply felt characters...bring gravitas and realism to this sensitive tale that will captivate readers."—Publishers Weekly