A Handbook of Norse Mythology (Paperback) 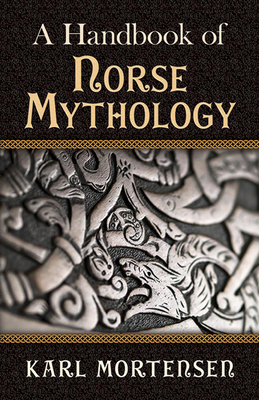 A Handbook of Norse Mythology (Paperback)


Not Currently On Our Shelves. Usually Ships in 1-5 Days
From the world's creation out of the earliest fog-country and fire-land to the final battle between the gods, this book paints a full and fascinating portrait of primitive Scandinavian lore. Its captivating tales recount the birth and ascendancy of the gods, with profiles of the chief deities and their associated myths: omnipotent Odin, father of the gods; hammer-wielding Thor; Baldur, the beautiful and wise; and malicious Loki, the devil of the North.
In addition to its compelling legends, A Handbook of Norse Mythology chronicles ancient forms of worship and religious practices, relating the stories' significance to everyday life. The book concludes with retellings of the grandest and most famous of the hero sagas: the Volsungs; the Helgi saga; Volund the smith; the Hjathningar; and Beowulf.
A familiarity with Norse mythology is essential to appreciating Scandinavian history and poetry, and this volume was used for generations in Scandinavian high schools and universities. First published in 1898, it remains a vital source not only of classic tales but also of accessible explanations of the legends' historic relevance.