The History of Sexuality, Vol. 3: The Care of the Self (Paperback) 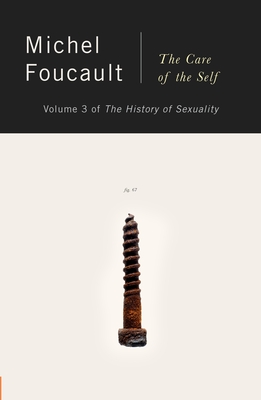 The History of Sexuality, Vol. 3: The Care of the Self (Paperback)

This is book number 3 in the History of Sexuality series.

Michel Foucault takes us into the first two centuries of our own era, into the Golden Age of Rome, to reveal a subtle but decisive break from the classical Greek vision of sexual pleasure. He skillfully explores the whole corpus of moral reflection among philosophers (Plutarch, Epictetus, Marcus Aurelius, Seneca) and physicians of the era, and uncovers an increasing mistrust of pleasure and growing anxiety over sexual activity and its consequences.
Michel Foucault was born in Poitiers, France, in 1926. He lecturerd in universities throughout the world; served as director at the Institut Francais in Hamburg, Germany and at the Institut de Philosophi at the Faculte des Lettres in the University of Clermont-Ferrand, France; and wrote frequently for French newspapers and reviews. At the time of his death in 1984, he held a chair at France's most prestigious institutions, the College de France.
"The Care of the Self shares with the writings on which it draws the characteristic of being carefully constructed, exquisitely reasoned and internally cogent." -- The New York Times Book Review

"Foucault is a thinker from whose writing one can infer lessons for our modern lives and dilemmas."-- Boston Globe