Fruit of the Lemon: A Novel (Paperback) 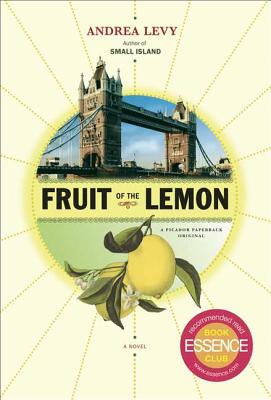 Fruit of the Lemon: A Novel (Paperback)

From Andrea Levy, author of Small Island and winner of the Whitbread Book of the Year and the Best of the Best Orange Prize, comes a story of one woman and two islands.

Faith Jackson knows little about her parents' lives before they moved to England. Happy to be starting her first job in the costume department at BBC television, and to be sharing a house with friends, Faith is full of hope and expectation. But when her parents announce that they are moving "home" to Jamaica, Faith's fragile sense of her identity is threatened. Angry and perplexed as to why her parents would move to a country they so rarely mention, Faith becomes increasingly aware of the covert and public racism of her daily life, at home and at work.

At her parents' suggestion, in the hope it will help her to understand where she comes from, Faith goes to Jamaica for the first time. There she meets her Aunt Coral, whose storytelling provides Faith with ancestors, whose lives reach from Cuba and Panama to Harlem and Scotland. Branch by branch, story by story, Faith scales the family tree, and discovers her own vibrant heritage, which is far richer and wilder than she could have imagined.

Fruit of the Lemon spans countries and centuries, exploring questions of race and identity with humor and a freshness, and confirms Andrea Levy as one of our most exciting contemporary novelists.

Born in London, England to Jamaican parents, Andrea Levy (1956-2019) was the author of Small Island, winner of the Whitbread Award (now Costa Award), the Orange Prize for Fiction (now Women’s Prize for Fiction), and the Commonwealth Writers’ Prize. The BBC Masterpiece Classic television adaptation of her novel won an International Emmy for best TV movie/miniseries.

Andrea’s other books include the Man Booker Prize finalist The Long Song, also adapted by the BBC for television, and Fruit of the Lemon, among others.

“Levy's raw sense of realism and depth of feeling infuses every line.” —Elle

“Bright and inventive . . . Levy's command of voices, whether English or Jamaican, is fine, fresh and funny.” —The Observer

“Always refreshingly undogmatic . . . [readers] will recognize the truthfulness of the world which Andrea Levy describes.” —The Sunday Telegraph

“A thoughtful comment on racism and the importance of knowing where you are from.” —The Sunday Times