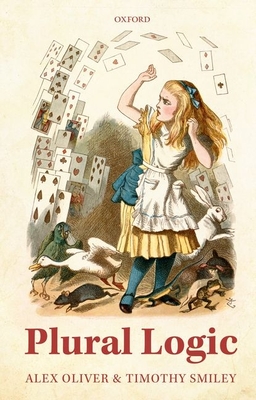 
This book may be available, use the button below to request more information from our team.
Alex Oliver and Timothy Smiley provide a natural point of entry to what for most readers will be a new subject. Plural logic deals with plural terms ('Whitehead and Russell', 'Henry VIII's wives', 'the real numbers', 'the square root of -1', 'they'), plural predicates ('surrounded the fort',
'are prime', 'are consistent', 'imply'), and plural quantification ('some things', 'any things'). Current logic is singularist: its terms stand for at most one thing. By contrast, the foundational thesis of this book is that a particular term may legitimately stand for several things at once; in
other words, there is such a thing as genuinely plural denotation. The authors argue that plural phenomena need to be taken seriously and that the only viable response is to adopt a plural logic, a logic based on plural denotation. They expound a framework of ideas that includes the distinction
between distributive and collective predicates, the theory of plural descriptions, multivalued functions, and lists. A formal system of plural logic is presented in three stages, before being applied to Cantorian set theory as an illustration. Technicalities have been kept to a minimum, and anyone who is familiar with the classical predicate calculus should be able to follow it. The authors' approach is an attractive blend of no-nonsense argumentative directness and open-minded liberalism, and they convey the exciting and unexpected
richness of their subject. Mathematicians and linguists, as well as logicians and philosophers, will find surprises in this book.