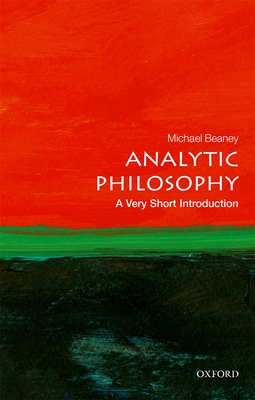 
This book may be available, use the button below to request more information from our team.
Originating in the pioneering work of Gottlob Frege, Bertrand Russell, G. E. Moore, and Ludwig Wittgenstein in the four decades around the turn of the twentieth century, analytic philosophy established itself in various forms in the 1930s. After the Second World War, it developed further in North America, in the rest of Europe, and is now growing in influence as the dominant philosophical tradition right across the world, from Latin America to East Asia. In this Very Short Introduction Michael Beaney introduces some of the key ideas of the founders of analytic philosophy by exploring certain fundamental philosophical questions and showing how those ideas can be used in offering answers. Considering the work of Susan Stebbing, he also explores the application of analytic philosophy to critical thinking, and emphasizes the conceptual creativity that lies at the heart of fruitful analysis. Throughout, Beaney illustrates why clarity of thinking, precision of expression, and rigour of argumentation are rightly seen as virtues of analytic philosophy. ABOUT THE SERIES: The Very Short Introductions series from Oxford University Press contains hundreds of titles in almost every subject area. These pocket-sized books are the perfect way to get ahead in a new subject quickly. Our expert authors combine facts, analysis, perspective, new ideas, and enthusiasm to make interesting and challenging topics highly readable.

Michael Beaney is Professor of History of Analytic Philosophy at the Humboldt University in Berlin, and Professor of Philosophy at King's College London. Educated at Oxford, where he did his doctorate, he has also taught at Birkbeck College London and the Universities of Sheffield, Leeds, Manchester, and York, as well as at the Open University. He has held Alexander von Humboldt Fellowships at the Universities of Erlangen-Nurnberg and Jena in Germany, and has been Visiting Professor at Peking University and Beijing Normal University in China. He is the author of Frege: Making Sense (1996) and Imagination and Creativity (2005); and editor of The Frege Reader (1997), Gottlob Frege: Critical Assessments of Leading Philosophers (with Erich Reck; 4 vols., 2005), The Analytic Turn (2007), and The Oxford Handbook of the History of Analytic Philosophy (2013). He is also editor of the British Journal for the History of Philosophy.